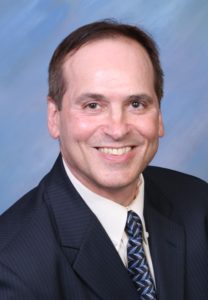 Stephen Brodsky graduated from Hofstra University in 1975 with a B.A. in English. Mr. Brodsky worked as a liability claims adjustor for the Liberty Mutual Insurance Company until 1978 when he decided to enter Adelphi University where he studied and earned his B.S. Degree in Nursing.

WE WILL FIGHT TO PROTECT  YOUR LEGAL RIGHTS
UNDER THE LAW.

Stephen Brodsky graduated from Hofstra University in 1975 with a B.A. in English. Mr. Brodsky worked as a liability claims adjustor for the Liberty Mutual Insurance Company until 1978 when he decided to enter Adelphi University where he studied and earned his B.S. Degree in Nursing.

Mr. Brodsky worked in acute medical-surgical nursing and psychiatry at Long Island Jewish Hospital in New Hyde Park, New York for several years before relocating to Massachusetts after he received his Massachusetts nursing license. Mr. Brodsky then worked for a drug rehabilitation program for several more years before entering the Suffolk University Law School in Boston, MA in 1981.

In 1982, Mr. Brodsky entered the United States Navy as a reserve officer until his graduation in 1984 when the Navy sent Mr. Brodsky to the Naval Station in San Diego, California, for his first active duty assignment with the U.S. Navy Judge Advocates General Corps. Mr. Brodsky prosecuted and defended Navy and Marine Corps service members and worked closely with the Naval Criminal Investigative Service when he worked as a member of the prosecution team. After his first two years at Naval Station, San Diego, Mr. Brodsky was reassigned to an aircraft carrier, the USS Independence (CV-62). During this period, the Naval Justice School published its inaugural issue of the Naval Law Review and it informed Lt. Brodsky that his article on U.S. Constitutional law had been accepted for publication in the first issue of the Naval Law Review as the journal’s lead article, a very prestigious honor.

On the strength of Lt. Brodsky’s accomplishments as defense and prosecuting counsel and the publication of his lead article, the Navy transferred Lt. Brodsky to the aircraft carrier, USS Independence (CV-62) as the Chief Discipline Officer and Assistant to the Senior Staff Judge Advocate. Lt. Brodsky enjoyed a very successful tour aboard the USS Independence and after he finished his tour of duty on this command, the ship had been relocated to San Diego. Mr. Brodsky remained in San Diego following his discharge from the Navy with an Honorable Discharge.

Mr. Brodsky then took some time off to study for the California Bar Examination, one of the nation’s most difficult Bar examinations. Fortunately, Mr. Brodsky passed the California Bar Examination on his first attempt and began his first civilian legal job with the Office of the Public Defender of San Diego County. The PD’s office assigned Mr. Brodsky to defend indigent clients on misdemeanor cases which he had already done many times before as a Navy lawyer.

The University of California like Mr. Brodsky’s background as a Registered Nurse and attorney and offered him the position as Chief Legal Counsel for the UCLA Medical Center and the Neuropsychiatric Institute. Mr. Brodsky found the position very challenging as he educated health professionals on the difficult areas of medical-legal problems and medical malpractice. After several years, Mr. Brodsky decided to return to San Diego after his wife gave birth and wanted to be closer to her family which was located in San Diego.

That is when Mr. Brodsky began his own private law practice as a private criminal trial and appeals defense attorney. Mr. Brodsky also continued to defend Navy and Marine Corps service members on a pro bono basis when they could not afford his services or when a high ranking General or Ship Commanding Officer requested his help defending a high ranking officer or enlisted service member who had gotten arrested and charged with a civilian crime in San Diego County. Mr. Brodsky’s reputation began to grow among civilians and service members and he developed a very successful law practice after several years as a civilian trial lawyer.

During the next 25 years of practice, Mr. Brodsky tried hundreds of criminal cases to a jury, and also settled cases with the District and City Attorneys of San Diego County when it was in his client’s best interests and the prosecution recognized the weaknesses of their cases. When the prosecution became unreasonable in its demands, Mr. Brodsky took many cases to trial, winning close to 75% of his cases, a success rate that is considered very good among the defense community. Mr. Brodsky tried virtually every criminal case in every area of criminal practice with astonishing skill and expertise. From petty thefts to Homicides, Mr. Brodsky tried difficult cases and he won the majority of them.

To get a clear idea of just how good a trial lawyer Mr. Brodsky became, one only has to look at the video testimonial given on his behalf as a grateful gesture by William Jaffee who was initially facing a charge of smuggling over two hundred pounds of marijuana across the US/Mexican border.  Mr. Jaffee was represented first by a public defender who wanted Mr. Jaffee to sign a guilty plea agreement which would have sent Mr. Jaffee to federal prison for five years because Mr. Jaffee’s case was tried in the United States District Court before Hon. Marilyn Huff. Initially, Mr. Jaffee was so intimidated by DEA agents threats to put him in federal prison for over 20 years, he signed a false confession.

At trial, Mr. Brodsky confronted the DEA agents with inconsistencies between the statements Mr. Jaffee gave the Naval Criminal Investigative service which contained an unequivocal assertion of innocence with the DEA’s subsequent interrogation which bullied Mr. Jaffee into signing a false confession. It became obvious to the jury and Judge Huff that the Government had conducted a coercive interrogation which almost forced Mr. Jaffee to accept a guilty plea which would not only have sent Mr. Jaffee to federal prison for five years but it would also have ruined his career and forced him out of the Navy with a very bad discharge. At the informant’s sentencing, Judge Huff sentenced Mr. Jaffee’s phony friend to 10 years in federal prison when the Government wanted him to get probation. When the prosecutor, David Hackney asked why Mr. Jaffee got off so easily when his co-defendant was sentenced so harshly, Judge Huff told Mr. Hackney that Mr. Jaffee was clearly an innocent man duped into a drug dealer’s scam and that Mr. Brodsky put on one of the very best defenses she has ever seen in her courtroom.

Mr. Brodsky’s tenacity and thoroughness in defending clients like Bill Jaffee is characteristic of the uncompromising and powerful defense that Mr. Brodsky creates for clients who insist in their innocence and need only the very best defense attorney to make sure they don’t get wrongly convicted, because they naively chose an inferior lawyer who talked a big game on the internet.

Mr. Brodsky does not “talk a big game”. His actions and record as a successful trial lawyer speak for themselves. Mr. Brodsky creates a defense team consisting only of the best professional investigators and experts who often enjoy a national reputation in their fields. Like his clients, the professional investigators often retired and veteran police detectives and his experts often tenured professors in their fields of expertise, believe it is an honor to work with the very best trial attorney in San Diego. If you have any doubts about this claim, merely look at William Jaffee’s testimonial video. How many people, even ones never charged or convicted, would willingly put their names over the internet effusively praising a trial attorney who saved their lives? Only the bravest of clients would openly identify themselves for the entire world to see. One of Mr. Brodsky’s other testimonial video’s involved a Navy commander who only felt comfortable giving the video testimonial as long as his face and identity were not revealed.

Please don’t believe the fancy designs and false claims of other attorneys who cleverly get themselves ranked on the internet. If you choose an inexperienced attorney, there is a real danger that he will try to persuade you to plead guilty at the very first court appearance so he can take your money without actually trying to earn it by creating a real defense. Choose Mr. Brodsky, a no nonsense defense attorney who puts fear in the hearts of prosecutors who have lost to him many times before. Mr. Brodsky’s trial skills are known by judges as well, because he has beaten these judges when they opposed Mr. Brodsky in trial when they were prosecutors. Don’t choose the fanciest website. Choose the best attorney to defend you, protect your freedom, reputation, career and future. You can’t afford not to pick the best: Attorney Stephen R. Brodsky, Esq.